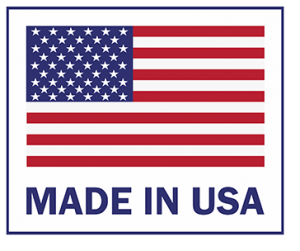 Where Can You Use Customized Water Bottles to Promote Your Brand? 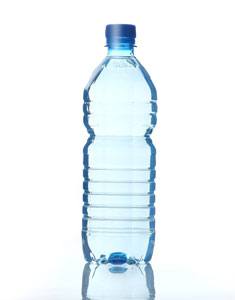 Customized water bottles can be utilized as promotional tools in virtually any situation, but they are especially well-suited to special events that are held indoors and out. Here are just a few suggestions for where you can use private label water bottles to raise awareness about your brand.

Is there any more obvious event for bringing along customized water bottles than a marathon? It’s obvious that all of the participants will need a drink along the way and after the marathon is over, but the spectators also need water to stay hydrated as they watch. If you’re sponsoring a marathon, there’s no better way to build your brand than to pass out water that has an eye-catching label on it. A simple gesture like this will be appreciated by people receiving the water bottles, so your organization is certain to make a good impression on them.

These events provide ample opportunity to spread the word about your organization, but it can be tough to decide what kinds of promotional products to bring along. Customized water bottles are the ideal fit for these situations because they are relatively cost-effective, and their labels can be tailored to stand out from the crowd of other promotional items that companies might be handing out on the show floor. Plus, bottles of water can be readily used by anyone, ensuring that the recipients will be exposed to your brand multiple times as they take sips from their bottles.

Enjoying the music and atmosphere associated with outdoor festivals can make it easy to forget how thirsty you are. Keep attendees hydrated with customized water bottles that bear your company or organization’s logo and information. They’re sure to make an impact on the people who receive them, particularly if the label is well-designed. In this sort of situation, bottles are perfect, whether you’re looking to sell them for a large ROI or you’d rather give them away to spread the word about your brand to as many people as possible at these large gatherings.

Contact Piedmont Springs today to learn more about customized water bottles and how you can use them to build your brand. We are one of the nation’s leading private label bottled water providers, and we’ll be happy to help you promote your business or organization.

up as an outside linebacker for the Texans and could form a formidable partnership with one of the NFL’s most feared pass rushers, JJ Watt. Manziel, nicknamed “Johnny Football”, polarises opinion for his exciting but unconventional style. He was widely predicted to be the first quarterback picked at the ceremony, held at the Radio City Music Hall in New York, but the Men Derek Roy Jersey Jacksonville Jaguars instead went for Bortles. Following a series of draft pick trades, Authenitc White Ryan Oreilly Jersey Manziel eventually ended up at the Cleveland Browns. The second and third rounds of the draft Authenitc Pierre Turgeon Jersey take place on Friday, while Authenitc Authenitc White Matt Moulson Jersey Blue Matt Moulson Jersey rounds four to seven are on Saturday. Among the players nervously waiting by the phone will be Michael Sam, the University of Missouri defensive end who has publicly revealed his homosexuality. If he is selected by a team, he Women Ryan Elite White Dale Hawerchuk Jersey Oreilly Jersey will Youth Zemgus Girgensons Jersey become Elite Blue Zemgus Girgensons Jersey the NFL’s first openly gay player. No British players are Elite White Matt Moulson Jersey expected Elite Authenitc Gold Ryan Oreilly Jersey White Zemgus Elite White Tyler Ennis Jersey Girgensons Jersey to be picked in the 2014 draft, unlike last year Authenitc White Evander Women Evander Kane Jersey Kane Jersey when Manchester’s Menelik Watson signed for the Oakland Raiders
Does professional athlete make good money? You bet. For informational Elite Zemgus Girgensons Jersey purposes let’s review the relationship between Women Zemgus Girgensons Jersey the NFL and NFL players. For 2009 10 average salary by team was from $1.4 million for Kansas City Chiefs to $2.47 million for the New York Giants. Major portion of the NFL’s money comes from the TV deals. These contracts are usually for about 5 years, and every Kid Ryan Oreilly Jersey time they are renegotiated the price goes up. So do player’s salaries. There are a some other sources for NFL money: Authenitc Derek Roy Jersey NFL licensed products, like jerseys, etc. When the teams play there is the money people pay for seats, on average about 2.5 million per game. Elite Tyler Ennis Jersey In addition tickets are sold at quantity discounts. Every player on the roster gets paid, even if he doesn’t play, but they get paid only during the play season. That means that in the out of season time there is no cash coming in. As anyone else, players have deductions taken from their paychecks. There are taxes, insurance and benefit plan deduction, but even
Our Products
Custom Label Water Bottles
Leave a lasting impression with eye-catching custom water bottles.
Click below for pricing and delivery information.
Get Started
Pricing and Delivery InformationClick HereCheck Out Our ProductsClick Here
View Some Samples of our Work
Let’s Get Creative
Check Out Our Custom Water Bottle Label Gallery